My Tribute to Stella Young

Stella Young was never shy when calling out the objectification of disabled people.

The loss of Stella Young, a prominent 32 year old disability activist, writer, and comedian this weekend will leave a considerable gap in the landscape of disability advocates. Whilst those who knew the young woman personally will undoubtedly feel her loss, so too, will the great number of young disabled women, like myself, who were empowered by her ability to speak so honestly of experiences our common experiences. She talked about living as a disabled person with a frankness that shocked many, and Stella was not afraid to bring attention to the ableism that is inherent in local, national, and international communities.

I never personally knew Stella Young, so my reflection of her is admittedly extremely limited. I understand that I have only been privy to the parts of herself she chose to share publicly. Indeed, many moving tributes have been written by individuals who could be considered part of her inner circle, and these would be able to offer you a more rounded, profound insight to Stella’s life. 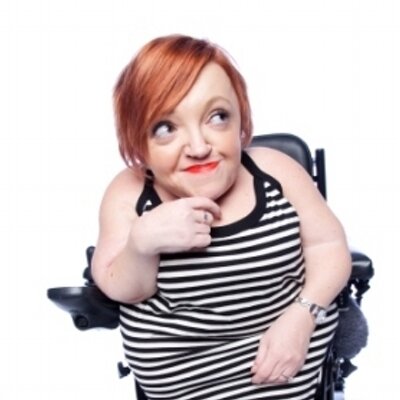 I, however, do want to add my own voice to the conversation, not to specifically reflect on Young’s life, but to talk about the impact she had on my life as a public figure. I have no doubt that around Australia tonight there will be many disabled women with similar stories feeling like they have lost someone they would consider, in an abstract sense, a friend.  Young’s charisma, authenticity, and charm was such that many felt connected to her despite never having met her.

I felt a desire to share Stella’s impact on my journey to demonstrate that she not only altered the way non-disabled people see disabled people, but also how many of us see ourselves.

I, along with many other disabled people, grew up in a world in which my body was fair game for “able bods,” (as Stella often put it,) to comment on, touch and critique. It was a world where I was seen as broken or lesser, and where disability (and therefore my life itself,) was seen as a fate worse than death. For in incredibly long time, I believed this sort of bullshit. It’s almost unbelievable what that does to your self-esteem and self worth. I think that’s why I developed a habit of saying “sorry” for almost every action. I apologized for everything from sitting next to people in school, to brushing past someone in the halls, to having input in a conversation. I apologized so much that it irritated anyone who had contact with me for any extended period of time, (and of course I felt the need to apologize for that, too.) Upon reflection, however, I think I was just consistently apologizing for taking up space, for existing as someone who was disabled, and therefore obviously worth less.

So imagine my surprise when I stumble across this awesome looking chick in a power chair whilst channel surfing one day. This was odd in itself, as I’d never really seen anyone with a disability on television at all, so of course I had to watch. At the time she was talking about the forced sterilization of disabled women, and was speaking with such conviction about how it was imperative that the autonomy of disabled women was never taken away, because we are not half-women and we are worth just as much to society as our average bodied counterparts; you would never make a decision like that for one of them at the age of 4, so why was it at one time mandated that the same decision be made for us?

I turned off the television at that point. I remember shaking my head, thinking that this woman didn’t know what she was talking about. She’d obviously just lost the plot. Of course we weren’t the same as abled women: we’re broken, after all. Isn’t that what “disabled” means? So of course it was okay to me, that they would strip us of our bodily autonomy and violate us before we were even old enough to understand what was happening. I’m not exaggerating. I actually thought that it was perfectly logical to do this.

Despite my original refusal to accept her opinion, that day Stella planted a seed in my head. She was the first person to suggest to me that my life as a disabled person was on equal plane with others; maybe I wasn’t broken after all.

But, of course, years of societal indoctrination cannot be undone with a single statement, so I went about my early high-school life with an attitude of thinly masked suicidal ideation brought on by a self-esteem that was through the floor.

As time went on I couldn’t shake the nagging thought that there was something wrong with what I was taught growing up. After all, I had strengths, and a love of public speaking that some people would kill for. I also began to think it was my able-bodied peers who had something wrong with them. Who gets that emotionally invested in which individual in the class can run the fastest? Where are you running to, my friend, that it would matter that you will get there a tenth of a second faster than your class-mate?

Stella Young was never shy when calling out the objectification of disabled people.

All jokes aside, because of the idea planted that day, I began fostering my identity as a disabled person by watching disabled people talk about their lives, and Young just kept popping up, proudly calling herself disabled and talking about experiences that we’ve had in common. I wish I could remember something more specific about Stella’s contribution to my journey as a proud, flag waving member of the cripple community. What I do remember is that seeing her frequently using the word disabled, and calling herself a crip with such a sense of pride. These are words that were banned in my world, because they were things to be ashamed of. Not for Stella. Stella taught me that “Disabled” was not synonymous with broken, and that the problem was not with me, but with the society that so actively sought to exclude me. She soon became a role model. I didn’t have her confidence but by God I wanted it. It was Stella’s conviction of her own worth and the worth of other disabled people that was the catalyst to the reaction that broke down years of socially fostered self-deprecation.

I feel I may have failed to convey the extent to which Young impacted my journey to self-acceptance, purely because much of the effect took such a long time to foster. In addition, I know that what I’ve discussed today explores such a small, superficial part of who Stella was, that you may think it wasn’t a story worth telling. However, I also know that across Australia, and maybe even across the world, there will be hundreds of stories just like mine; stories of lives that Stella has impacted, and young activists she has helped to mobilize.

Thanks to Stella, there are hundreds of young women who now hold their heads up and proudly call themselves disabled.

“I started calling myself a disabled woman, and a crip. A good 13 years after 17-year-old me started saying crip, it still horrifies people. I do it because it’s a word that makes me feel strong and powerful.”-Stella Young

My Time at Guide Dog School

A 19 year-old Australian who subscribes to the social model of disability. She has cerebral palsy and is studying social work full time at university.

Why Many Autistics Dislike Autism Speaks

Welcome to March 2021! While we’re all… still… processing… March 2020. NPR’s Lulu Garcia Navarro has been collecting stories of “The Moment” when folks realized everything had changed. Perseverance took video of ITS OWN LANDING. Oh, and Space Twitter quickly figured out that the asymmetric parachute had a hidden message. The bizarre pattern was actually …

Why I’m Marching (and Organizing) for Science

The Unfettered Joy of Sharing your Art